Britta Riley: A garden in my apartment (Filmed May 2011 at TEDxManhattan)

Britta Riley wanted to grow her own food (in her tiny apartment). So she and her friends developed a system for growing plants in discarded plastic bottles — researching, testing and tweaking the system using social media, trying many variations at once and quickly arriving at the optimal system. Call it distributed DIY. And the results? Delicious. 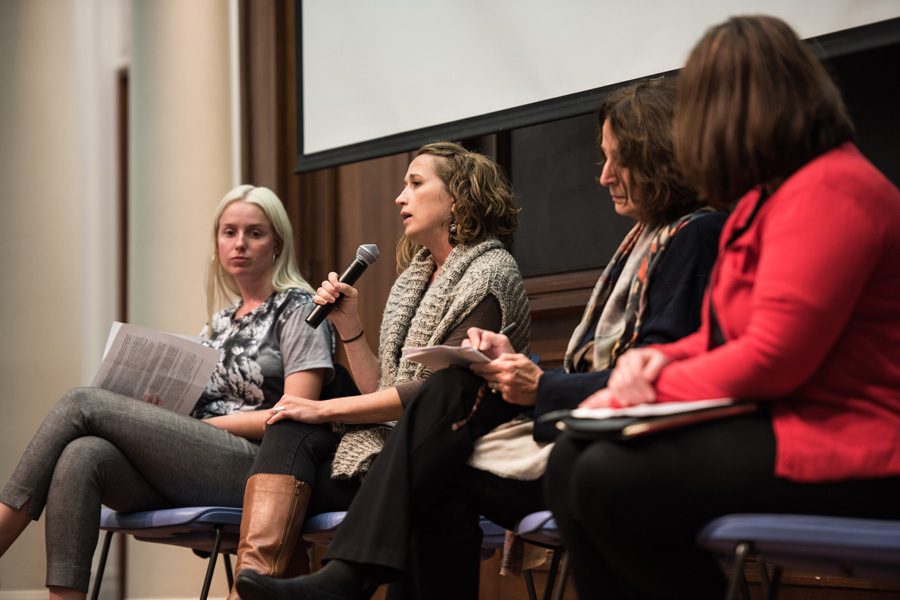 The issue of food insecurity not only involves access to food, but also education and making financial and nutritional decisions, panel speakers said Tuesday night.

Panelists spoke to about 30 people at Harris Hall during an event sponsored by Real Food at NU. The panel was held during this year’s Food Week, a week of food-related events to celebrate “real food,” which is any product that is “socially just” and “environmentally sustainable.”

Food insecurity describes a lack of regular access to food and is not limited to people experiencing homelessness or those without a job, said panelist Amy Laboy, senior director of programs at the Greater Chicago Food Depository.

“The face of hunger is not just that,” Laboy said. “The folks who are food insecure are families, dads working two jobs, moms working jobs and having to make really hard decisions about how to use their money.”

Laboy said access to food is important, but supporting education and job opportunities is necessary to end hunger.

She also stressed that eating healthy is important. She said people who experience food insecurity often deal with health issues.

People who are food insecure often eat as much as possible when they have food in front of them, as they often do not know when they will eat next, Laboy said.

The intersection between health and food insecurity is clear in Chicago’s Englewood neighborhood, said panelist April Harrington, development director at Growing Home, a nonprofit urban farm in the neighborhood. Harrington said the most accessible meals are either fast food or processed food, and about 60 percent of children age 2 to 18 there are overweight or obese.

But Harrington said education can combat food insecurity. For example, Growing Home sells fresh food straight from its farms, and demand for that has slowly risen, she said.

“Education has been key in increasing that demand for our produce in Englewood,” Harrington said.

She said other aspects of that education include ensuring people know how to prepare produce efficiently to avoid waste, with an end goal of educating people about how to prepare food with as few ingredients as possible.

McCormick senior Kara Rodby, Real Food at NU co-president, said the group chose to focus on food insecurity because of its prevalence in the Chicagoland area.

“(Tonight) was a great way to educate the average student about issues going on around them because it is so local,” Rodby said. “I hope they got a fundamental education not only of what food insecurity is, but the larger issues playing into it.”

This story was originally posted on The Daily Northwestern